The overall tower mounted amplifier market worldwide is expected to reach at a value of US$ 2.60 Bn in 2027 and is set to grow with a CAGR of 9.4 % during the forecast period.

The global market for tower-mounted amplifiers is driven by increasing global urbanisation and digitalisation. The use of the Internet has increased the digitalisation, which is considered to be one of the main factors driving the TMA market globally. Using mobile data creates a large data traffic that raises various issues in the network and therefore reduces these problems by using tower mounted amplifiers.

The ability of these amplifiers to reduce noise and amplify signals improves network efficiency, strength and connectivity. Various companies are investing heavily in the development of new technologies based on TMA, which are expected to drive the market in the future.

Asia-Pacific is expected to be the fastest growing region due to an increasing number of Internet users in the region and ongoing 5G deployment projects. Governments in the region spend a great deal on improving and strengthening their communication networks. In addition, increasing digitization and urbanisation have also increased the adoption and use of IoT devices, which are expected to drive the market in the future. The Asia-Pacific region is expected to grow by more than 10.0 per cent during the forecast period.

Browse the full report at https://www.credenceresearch.com/report/tower-mounted-amplifier-market

In 2018, the total market for tower mounted amplifiers was driven by the direct sales segment in its channel segment, which contributed to a high market share of total revenues generated globally in 2018 and is expected to grow by more than 7.9 per cent during the forecast period. Advances in technology and the increasing use of mobile phones have led to TMA’s demand, as these amplifiers reduce noise and improve network functionality, while mobile tower companies purchase these amplifiers directly from manufacturers at a lower cost. However the distribution channel is expected to be the fastest growing segment in the forecast period.

The global market for tower-mounted amplifiers was led by North America with a market share of more than 30.0 per cent in 2018. This is due to increased use of IoT devices by IoT devices and increased use of smartphones and tablets. In addition, the market for TMA in North America is expected to grow with a CAGR of 9.2% over the forecast period due to network advancement and the introduction of 5G in the region.

Key questions answered in this report

Unique data points of this report 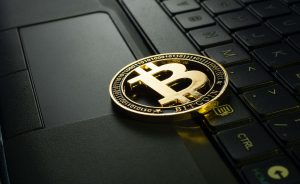