Quantum computing has introduced new paradigm of computing with potential to solve complex problems much faster than the traditional computing methodologies. With the inbuilt property of superposition and entanglement, quantum computers can provide results exponentially faster than the traditional computers. Besides this, the new technology can spur the development rate of new breakthrough technologies in the field of medication, science, material analysis, machine learning, planning financial strategies, and many other applications. Some researchers are actively collaborating with the industry leaders to discover new best-suited applications of the quantum computing.

The global quantum computing market is bifurcated on the basis of type, application, industry verticals, and regions. Optimization and material simulation are the most lucrative application areas and expected to spur the market growth significantly in the coming years. Increasing demand for the development of new materials and molecules in the chemical, healthcare, and agriculture sector to discover new horizons of advancement is the prime factor behind the prominent growth of the segment. Similarly, exponential growth in the logistics and traffic has forced software vendors to implement advanced computing methodology for route optimization. For instance, in March 2017, Volkswagen in partnership with D-Wave Systems Inc. has successfully experimented the quantum computing for traffic reduction in Beijing, China.

The global quantum computing market for North America, Europe, Asia Pacific and the rest of the world is analysed by geography. North America has dominated the global quantum computing market with an impressive outlook in the near future. Technology advancement in the region is a major driver of growth. In addition, a significant investment portfolio of both public and private investors in the R&D sector has a positive impact on the regional market. As of July 2019, some of the top-funded companies in North America include D-Wave Systems Inc. with a total funding of US$ 210 million, Rigetti Computing with US$ 119 million, and Silicon Quantum Computing with US$ 66 million.

The global quantum computing market is highly competitive. The quantum pioneers are developing new business strategies to sustain their position as leaders in the market. Apart from the significant strategic alliance in the market technology leaders are investing prominently in the startup players. For instance, some of the mainstream investors such as Google Ventures, Amazon Inc., Sequoia Capital, A16z, Goldman Sachs and other venture capitalists have invested in nearly 16 startups for the year 2018 and the number is expected to increase in the coming years.

Aerospace & defense dominated the global quantum computing market in the year 2018 owing to higher requirement of secure data transfer and communication. Additionally, the demand for fast data operation is expected to boost the demand for quantum computing solutions in the industry. In recent past, the National Aeronautics and Space Administration (NASA) announced to achieve quantum supremacy in partnership with Google Inc. The company has developed the fastest quantum computer with capability to solve problems in just 200 seconds. On the other hand, automotive and healthcare industry finds lucrative applications of quantum computing methods for route optimization and material synthesis. Quantum computing can reveal new horizon of development in the field of medical science for treatment of various rare diseases.

North America held a large share of revenue in the global quantum computing market in 2018. Impressive investments and technological advances are the main factors that increase regional growth. On the contrary, Asia Pacific is set to grow exponentially over the forecast period due to the strategic governance plans of the various Asian countries. Recently, the Chinese government announced the construction of a US$10 billion National Laboratory for Quantum Information Sciences, which is expected to begin in 2020. Other than China, Japan and South Korea, there are other major regions that exploit quantum computing features for different industry verticals. In addition, the region has a promising industrial growth that favours market growth during the forecast period. BFSI significantly implements the quantum benefits of advanced computing. 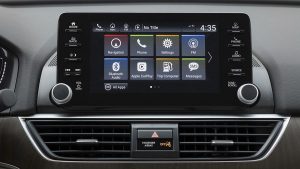