Dark fiber networks market is set to reach US$ 11.57 Bn by 2028, growing with a double digit CAGR throughout the forecast period from 2019 to 2028. Primarily governed by North America, dark fiber networks market is highly driven by increasing usage of the existing unlit fibers of established optical networks. The market has been witnessing high growth since 2014, due to continued increase in internet traffic worldwide and popularizing concept of using dark fiber. The internet traffic has exhibited a CAGR of over 24% during the period from 2013 to 2016. With rapidly increasing internet users as well as traffic across the world, more number of internet providers are now looking for viable ways to suffice the ever-rising demand for network bandwidth. Amidst the high demand for network bandwidth, additional fiber optic cables, called as dark fiber, installed for future use have emerged among the most promising alternative for providing additional bandwidth required. . Various major companies including Facebook, Inc., Google, Inc. and Microsoft Corporation have already invested heavily in building their own network infrastructure. The move is made considering the huge volumes of data being transferred between their data centers. Currently, Facebook transfers substantial amount of its data using the existing ‘dark fiber network’. Thus, dark fiber networks is set to witness immense growth in the following years.

Currently, North America leads the market accounting for more than 40% of the overall market value worldwide. The market here is primarily backed by the U.S. due to early adoption of this concept by the nation. Due to increasing emphasis of tech giants (such as Microsoft Corporation) towards building their own networks, the demand for dark fiber is estimated to remain strong in the region. Apart from investing in network establishment, these companies are also inclined towards using dark fiber networks on lease. Since 2016, Google Fiber has been actively looking to purchase dark fiber and use them to provide internet service. Apart from business organizations and internet providers, educational institutes too form an important end-user of dark fiber in North America.

Asia Pacific is set to be the fastest growing market for dark fiber networks in the following years. Japan, China, South Korea and Australia are among the countries having high penetration of fiber optic networks. Subsequently, the countries hold huge potential for offering dark fiber for internet service. According to China’s Ministry of Industry and Information Technology (MIIT), the country laid over 2.6 Mn kilometers of optical fiber in 2015. MIIT expected over 80% of broadband users in China will be based on optical fiber network by the end of 2017. Similarly, in 2017, Reliance Jio Infocomm, one of the fastest growing 4G network in India, announced to lease dark fiber from Bharat Broadband Network Ltd. With increasing number of internet users, the trend is expected to continue in nation over the forecast period.

The overall dark fiber networks market is quite fragmented in nature due to presence of numerous network service providers worldwide. The market consists large number of regional companies serving limited countries, as type of offerings may vary by country. In contrast to telecom service providers, regional/local companies provide majority of the internet service, thereby limiting the scope of global players. One of the most common strategies adopted by the global players is mergers and acquisition of other small-scale network providers or their fiber optic networks. This enables the companies to expand their fiber network, thereby reaching to more number of subscribers. Popular instances include acquisition of Level 3 Communications, Inc. by CenturyLink, Inc., acquisition of FiberTower Corporation by AT&T, Inc. and acquisition of XO Communications, Inc.’s dark fiber optic network by Verizon Communications, Inc. Since size of the network plays crucial role, mergers and acquisitions are expected to remain a key strategy for the market players.

Following key players have been profiled in the report: 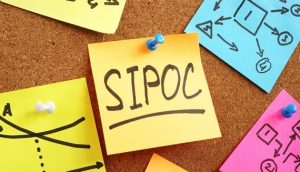